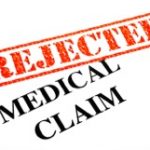 In news from across the pond, a landmark court decision was handed down last month by the United Kingdom Supreme Court relating to fraud in personal injury litigation and — more substantively — the wider principle of finality of settlements.

The case, Hayward v Zurich Insurance, began nearly two decades ago when the claimant, Colin Hayward, injured his back in 1998 and claimed chronic pain left him unable to work, restricting his mobility. Hayward alleged more than $560,000 in damages, according to the complaint. Zurich Insurance contested the claim at first, providing video evidence of Hayward doing heavy work at home and claiming he was exaggerating his physical condition for financial gain. As is often the case, the claim was later settled for more than $180,000.

One would think the story ended there.

However, two years later, neighbors of Hayward noticed that he seemed to have “completely recovered” prior to the settlement being reached and reported their suspicions that his claim was made dishonestly. Zurich then sought to rescind the settlement filing a claim in deceit based on “fraudulent misrepresentation,” and sought damages and complete rescission of the settlement agreement.

An appeals court granted Zurich’s motion to set aside the settlement agreement and Hayward’s damage award was reduced to less than $20,000 plus the court ordered Hayward to repay the original sum. Not surprisingly, Hayward appealed that ruling to the Supreme Court.

A unanimous Supreme Court judgment declared post-settlement evidence might be used to recover payouts in fraud cases. The decision affects situations where insurers may be suspicious of a claim, but do not have evidence immediately at the time of settlement.

In an interview with Insurance Business UK, Scott Clayton, a claims fraud and investigations manager at Zurich, he said the insurer is thrilled to be finally putting the case behind it.

“It’s unusual for it to take this length of time, but it’s purely just as a result of the steps that were taken through the litigation process,” Clayton told the magazine. “It was frustrating to settle it in the first instance because we had suspicions. Then we were delighted with the initial County Court decision saying that he should be paying us money back, and then a disappointment at the Court of Appeals decision. It’s been a roller coaster but we’re glad we’re ending on a high.” 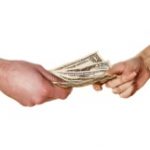 Legal analysts have said the case will act as a deterrent to fraudsters. Where in the past crooks might have considered they were in the clear once a case was settled, this is no longer the case. Clayton said honest customers only stand to benefit from this judgment as it makes life a lot harder for people.

“This case demonstrates the industry is just not ‘prepared’ to tolerate these fraudsters,” he said in an interview. “It’s a really important … preventative tool to make sure we just don’t have these people exaggerating, lying, being dishonest getting a [check] and then walking away into the sunset.”