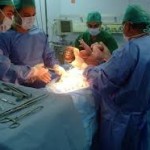 Childbirth is far less dangerous than it was 100 years ago. But childbirth is still fraught with the possibilities of emergencies, requiring quick thinking, skilled health care teams, and professionals making the best possible decisions during the quickly unfolding events.

Unfortunately, far too many injuries occur during childbirth and many of them could have been prevented.

Today, we are going to discuss one of the most common injuries to babies: Brachial Palsy, which is sometimes known as Erb’s Palsy. Brachial Palsy tends to refer to an affected shoulder, whereas Erb’s Palsy affects the upper and lower arm. Another variety of this condition is Krumpke Paralysis, which involves the hand and often a droopy eyelid on the other side of the body.

Brachial Palsy occurs when the brachial plexus (the network of nerves near the neck that connects to all of the nerves of the arm) is injured. It is most common when there is difficulty delivering the baby’s shoulder, called shoulder dystocia.

What are the results of Brachial Palsy?

In nearly every case, the baby’s neck is stretched during a delivery, causing damage to the brachial plexus. These deliveries typically include the following components:

Brachial Palsy often is the result of medical malpractice, as a timely decision to deliver via Caesarean section typically prevents the damages of these complicating factors.

Brachial Palsy is diagnosed by the pediatrician. If your child is born with complications and birth injuries, including Brachial Palsy, you can expect to incur added expenses for treatment and therapy, possibly even surgery. Brachial Palsy requires daily physical therapy for as little as two weeks but for up to two years or even longer. Contact our office so we can help recover these costs and obtain the justice you and your child deserve.