With the end of the year in sight, Turner Law thought it would be appropriate to go over one of the biggest elements to consider when deciding whether to file legal action when you have been injured — statute of limitations laws.

In all cases, an injured or wronged person has only a limited time in which to file legal action, so if you have a claim you must act quickly or your chance may be lost.

Prior to tort “reforms” in Michigan, these rules were liberally construed and fairly reasonable. Since the Michigan legislature undertook tort reform, and with the blessing of the state Supreme Court, limitations as short as one year have been upheld as “reasonable.” The Court has also enforced “notice” provisions that may require action within months.

Any seriously injured person must seek expert advice about the statutes of limitation from an experienced professional as soon as possible. Some of these statutory provisions are very complicated. The following synopsis is just a thumbnail educator and no summary should be relied upon as legal advice. Contact Turner Law at (248) 355-1727 for your free consultation to discuss the specifics of your case.

Whenever the law grants a right to seek recovery for wrongdoing, it also places restrictions on how long the victim has to take legal action. If the victim delays too long in seeking compensation, they are said to have “slept on his rights,” and the claim will not be heard. These limits are called “statutes of limitations” and they vary depending on the nature of the wrong that was committed. In many cases, there are other limitations on taking legal action, as well.

Other limitations include “notice” periods. In many circumstances, the injured victim is required to give notice of his injury within a time period that is even shorter than the specific statute relevant to a case. While we can’t laundry list all of the various notices codified in law, we have offered some of the most common examples for your edification.

If you are injured in a car accident, you normally have the right to collect Personal Injury Protection (“PIP”) benefits from your own insurance carrier. The insurer must receive written notice of the injury within one calendar year, even if no benefits are currently payable. No-fault PIP benefits also have a unique limitation called the “one-year-back rule.”

Under this rule, a lawsuit must be brought within one year of incurring any expense, even if the no-fault carrier has been considering the expense and has not denied liability. No-fault law in Michigan is also unique in that the longstanding rules allowing infants and disabled people additional time to file suit sue cannot be applied to no-fault benefits.

The right to make a claim against the person who caused auto-related injuries normally carries a three-year statute of limitations. This can create problems in several situations. First, the victim can only sue if his injury is “serious,” and the courts often err on a definition of “serious” to mean “life-altering.”

If the injury is not “life-altering” within three years but becomes life-altering after three years, the victim’s right to sue is not extended. Furthermore, many insurers sell Underinsured Motorist Coverage with a statute of limitations of only one year: under these policies, an injury victim who is not aware of the wrong-doers uninsured or underinsured status, or who cannot prove a life-altering injury within 12 months, may lose his right to recover under the purchased policy.

There is also a short, one-year statute of limitations for taking action for damage to property resulting from a motor vehicle collision. 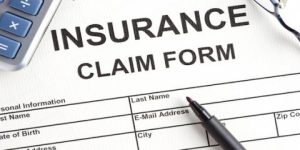 Many insurance policies have a limited time allotted for notice or suit, and if the benefits are not mandated by the government the Michigan Supreme Court has held an insurer is free to incorporate any time limitations that it desires.

It is not uncommon for property damage provisions, fire insurance, and auto insurance policies to require a notice of loss that requires action while the victim is still reeling from the loss-causing incident.

The Supreme Court also held that it would not consider whether such limitations are “reasonable,” which and is contrary to the insurance law of many other states. All consumers are presumed by the court to have read and understood their insurance policies, despite the fact that most policies are incomprehensible — even to jurists. Thus, any claim that seeks compensation from an insurance policy must be examined immediately to assess how long you have to take action.

Physicians and other medical professionals have always benefitted from a shorter (normally two-year) statute of limitations. When the suit is brought, it also must be accompanied by an Affidavit of Merit signed by one or more specialists with highly-specific qualifications, which leaves even less time to investigate a potential claim. (Click here for more on “highly-specific qualifications.”)

In addition, the Legislature created a mandatory notice-period in medical malpractice that prevents the filing of suit for 154 or 180 days, depending upon the wrong-doers response to the formal Notice of Intent to Sue.

Because the mandatory Notice of Intent is strictly construed and may be given undue importance, both legal and medical expertise must be incorporated in to that document.

In the case of medical malpractice injuries, there are exceptions to the statute of limitations where the injury was not “discovered” within the statutory period, or where it was fraudulently concealed.

The “discovery” provision allows only six months to take action, which means that a late-discovered claim must be explored by the victim immediately. There is also a Statute of Repose in medicine and in some other professional claims that places an outside limit within which any claim may be pursued.

Finally, there is a special limitation for children in the medical malpractice reform statute. Whereas children injured in many other contexts have until one year after reaching the age of majority in which to take legal action, children injured as a result of malpractice must normally sue by age 10, or within two years of the injury, whichever is later, even if they have not attained the age of majority when the statute of limitations expires.

If a product liability claim alleges a personal injury, these claims must normally be pursued within three years; there is a three-year discovery period after any injury is identified in which late-identified claims may be pursued. If a product claim relates to damaged property or other non-injury losses, it is probably covered by the Uniform Commercial Code and carries a short, one-year statute of limitations. Check with Turner Law for applicability.

The basic Michigan statute of limitations for negligence is three years. However, there are so many exceptions that this limitation period cannot be taken for granted. For example, actions for slander, false imprisonment, and many other wrongs must be undertaken within one or two years of the injury suffered.

In essence, every injury should be analyzed carefully within a matter of months to determine the pertinent time for legal action. If action is delayed until the “11th hour,” a claim may be lost, or the ability to negotiate a reasonable settlement without filing suit may be squandered. 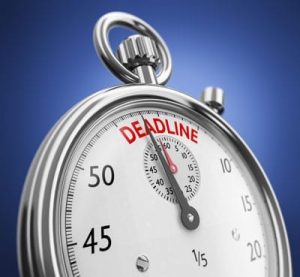 There is a lot to digest here, and this is why representation by an experienced attorney is your best plan of action for obtaining the justice and compensation you deserve. For more information, and to discuss the specifics of your situation, contact Turner & Turner at (248) 355-1727 today for your free consultation.