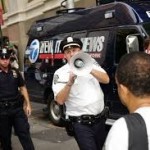 One of the leading experts in police brutality is William Terrill, Associate Professor in the School of Criminal Justice at Michigan State University. He wrote a book, published in  2013, entitled Police Culture: Adapting to the Strains of the Job. The book details his findings after studying many American police forces, with an emphasis on their statistics on the use of force.

The city of Detroit was not one of the communities studied by Terrill in his comparative work, although he has continued to do research with the Flint police force.

Although a number of Detroit police officers have been charged with excessive force and the city has been forced to pay for settlements, it is not among the forces with the highest numbers of cases of brutality or fatal shootings. That is not a source of comfort for those who feel that they or their family members have been treated roughly.