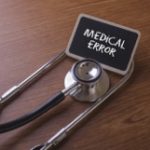 In an analysis earlier this year by the New England Journal of Medicine, the medical journal says that one percent of physicians account for approximately 32 percent of all paid medical malpractice claims.

The data — which was pulled from the National Practitioner Data Bank — shows that over a recent 10-year period, a small number of physicians with “distinctive characteristics” accounted for a disproportionately large number of paid malpractice claims.

The study looked at almost 70,000 malpractice claims against approximately 55,000 doctors from 2005 through 2014. The Journal analyzed data with the hope of “…understanding the distribution of malpractice claims among physicians. As the Journal stated, ‘If claim-prone physicians account for a substantial share of all claims, the ability to reliably identify them at an early stage could guide efforts to improve care.’”

The breakdown of the study’s numbers includes:

The Journal says it was able to determine by adjusted analyses that the risk of recurrence increased with the number of previous paid claims. “By calculating concentrations of claims among physicians the data shows that multivariable recurrent-event survival analysis identifies characteristics of physicians at high risk for recurrent claims [with ability] to quantify risk levels over time.”

The Journal’s conclusion boils down to this: “A small number of physicians with distinctive characteristics accounted for a disproportionately large number of paid [medical] malpractice claims.”

According to the National Practitioner Data Bank, medical malpractice claims have only continued to increase in actual dollars in recent years. As The National Trial Lawyers organization reported last February, 2013 saw $168 million more medical malpractice payouts than 2012 (a 4.7% increase). Most of the payouts are a result of settlements (96%) instead of judgments.

A list of recent medical malpractice verdicts and settlements in the last year demonstrates that medical practice claims have only continued to increase — both in number of claims and in the millions of dollars physicians have paid out:

These are just a sampling of the lawsuits, verdicts, and settlements relating to medical malpractice claims since 2014.

As The New England Journal of Medicine’s trends in medical malpractice claims demonstrates, repeat offenders are more likely than not.