As pressure continues to mount on victims of auto accidents whose long-term care remains jeopardized by reforms put into place by reforms to Michigan’s no-fault auto insurance laws, the state Legislature seems poised to act.

Calls for tweaks to the reforms, which were put into motion in 2019 after Gov. Gretchen Witmer approved legislation making substantive changes to what had previously been the nation’s most generous coverage benefits for victims of auto accidents, continues.

While the original reform legislation was crafted to lower the cost of insurance coverage to drivers, the real-world consequences included a reduction of payments to those agencies that care for car crash survivors — by nearly half. Many agencies are now reporting they are going broke, which is leaving their former clients scrambling for care.

According to a report by Michigan Public Radio, an independent study found that more than 1,500 car crash survivors with severe injuries have lost care when their agencies closed. Several care recipients have reportedly died after being transferred from their homes to inadequately staffed nursing homes.

Republican leadership in the state House has so far refused to schedule any hearings to address the concerns, but some state GOP lawmakers are beginning to break ranks, including State Rep. Phil Green (R-Millington), who told Michigan Radio the reforms have created a “monumental crisis.”

Green’s bill has 57 co-sponsors including 14 Republicans and told Michigan Radio he is urging House Speaker Jason Wentworth to make sure it gets a hearing. “He told us three years ago that there would be follow up bills. I believe the Speaker needs to hold to his word, and ‘fix the fix.'”

Unsurprisingly, the Insurance Alliance of Michigan opposes Green’s bill, asserting that changes to the law would jeopardize the $400 checks that the Michigan Catastrophic Claims Association plans to send every car owner in Michigan this spring. The lobbying group also claims insurance rates — which already went up after the law was passed in 2019 — could go up even more.

The money behind the per-car-owner checks comes from a current surplus held by the catastrophic claims association, which partly grew out of the reforms enacted by the no-fault overhaul; the reforms included discontinuation of a mandate requiring long-term care for survivors with brain injuries and spinal cord injuries. 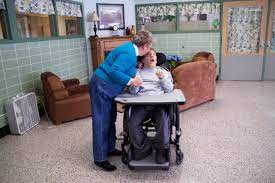 Advocates for car crash survivors, including personal injury attorneys, say the $400 checks are a red herring that serves one purpose: distract Michigan citizens from the consequences of the law, as well as the state’s failure to lower insurance rates.

Instead of benefitting from the reforms, the state’s drivers have only seen a slight aggregate reduction in costs while victims of catastrophic auto accidents bear the weight of unrealized reforms, and now face a secondary crisis that can be averted.

If you were injured in an auto accident and find yourself, or a loved one, in a position where benefits are being threatened, or need an advocate to discuss available options, call the attorneys at Turner Law — (248) 355-1727 — for a free consultation.