The tragedy that occurred earlier this month at an outdoor music event in Houston, leaving at least eight attendees dead and hundreds more injured, has subsequently spawned more than two dozen liability lawsuits naming everyone from the performer to the promoter, and even the venue.

Liability law is somewhat complicated, but if you were injured because of a slip, trip, fall, or other hazards on the premises you were on, you may be entitled to bring suit against the possessor of the property for your injuries.

Slip and fall cases are based on tort law, which means the burden of proof is on you (the victim). to prove the general elements of a negligence claim. Proving liability or negligence can become complex fairly quickly, which is why it’s important to consult with a personal injury attorney as soon after your accident as possible.

Elements for Establishing Negligence in a Premises Liability Claim

There are four basic elements that you (the plaintiff) must prove in establishing a premises liability claim (e.g. the defendant): 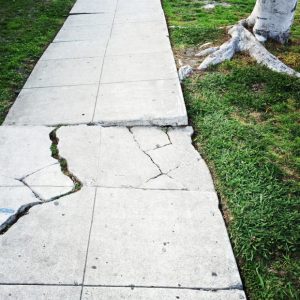 The Caveat: Open and Obvious

“Possession and Control” of a Property Establishes Legal Duty

The first step in a premises liability case is to establish that a defendant owed you a legal duty, and the extent of the duty owed. Generally, a defendant’s legal duty arises out of their possession and control over the property. 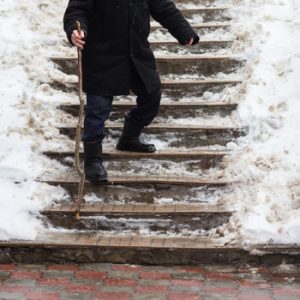 For example, the owner of a shopping complex may rent individual retail spaces to small businesses, but still maintain the safety and upkeep of the parking lot and sidewalk. In such a scenario, the mall owner would likely be responsible for the injuries of a patron injured by a slip and fall in the parking lot, but would not be responsible if that same individual fell inside a store; although the owner holds title to the store space, they are not in possession or control of that rented space at the time the injury occurred.

In Michigan, the extent of the duty owed by the possessor of land is dependent upon the purpose for which a plaintiff was on the land at the time they sustained an injury.

To learn more about what the duties of a property owner are, and whether your injury is the result of someone else’s negligence, call the attorneys at Turner and Turner at (248) 355-1727 for a free, no-obligation consultation and let us help determine whether you have a viable legal claim.