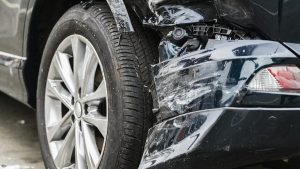 Michigan’s auto no-fault reform bill went into effect last July and the consequences are quickly being felt among accident victims. After the latest statutory reforms from the revised law introduced a new medical fee schedule, the causal effect has been a reduction of how much insurance companies are required to reimburse medical providers for certain services.

Meanwhile, advocates for survivors of catastrophic auto crashes have been saying for months that the changes would cut off their access to medical services they need to survive.

Now, slightly more than two months after the updated medical fee schedules have gone into effect, many survivors have been speaking out about how they are, in many cases, struggling to access even minimal care.

“I was struck by a pickup truck backing out of a driveway… the hitch went through my right-lower extremity, and… severely broke the leg in multiple places,” Paul Becker told a Michigan Fox TV affiliate, who was seriously injured in a July 2018 crash. “I think I’ve had nine surgeries in total, and still trying to recover from the mobility aspect.”

Fox reported Becker hadn’t had any major issues getting insurance to cover the medical services he’s needed during his recovery, that is until this past July.

“Eight o’clock in the evening, they left a message stating that, at that time, anything … from now on will no longer be covered, and it was just out of the blue, boom, you’re no longer covered for anything,” Becker explained.

“I feel like with this last six weeks without any physical therapy, I’ve literally gone backwards.”

Under the new law, any medical service not already covered under federal Medicare law, which includes in-home caregivers and transportation to medical services, will now only be reimbursed by insurance companies at 55 percent of what they were back in 2019. The law also caps the number of hours family members can provide care to just 56 hours a week, according to legal analysis. 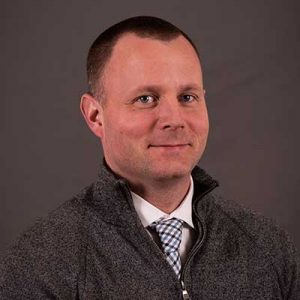 Tom Judd, president of the Michigan Brain Injury Providers Council, said in a statement about the legal revisions, “There’s been a lot of delays, and denials, and payments on a whole, and not just the providers that we’ve been talking about for the past few months, in terms of residential and attendant care providers, but outpatient therapists are getting denied or slashed in reimbursement.”

“Hurdles that they did not have to jump through before July 1, they’re having to jump through now, and they’re not getting any payment…. and so, the crisis is kind of expanding to places that we didn’t really think that they would be going.”

According to the Michigan Brain Injury Provider Council, more than 700 patients have already lost access to medical care, since the changes took effect in July.

At least 41 Michigan-based care companies have had to either close their doors completely or discharge patients receiving benefits via no-fault auto insurance. The MBIPC says this has already put at least 1,500 healthcare workers out of a job.

Under the new law, insurance companies still have to provide lifetime medical coverage for those who had or have unlimited personal injury protection (PIP) policies. But advocates say the changes are squeezing qualified medical professionals out of Michigan’s post-acute care industry, making quality providers scarce.

If you have been hurt in an auto accident and are concerned your coverage will not provide adequate protection for your medical needs, contact the law office of Turner and Turner for a free consultation to ensure your rights are adequately protected.