Keep Your Cool – In More Ways Than One! 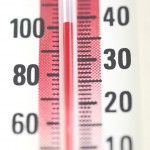 Ahhh, summer.  Days at the pool, ice cream cones, running through the sprinkler, neighbors chatting with each other…

Does the rising mercury outside have some kind of relationship with the amount of crime committed?  Quite possibly, according to many experts.

In many cities, studies of criminal behavior have shown a sharp increase in the number of crimes committed during the summer months, particularly during heat waves.

While most of us think of summer as a time for lazy days at the pool, ice cream cones, running through the sprinkler, chatting with your neighbor as you water the lawn, law enforcement officials are on high alert for what they have to deal with during these hot months, including domestic violence and aggravated assaults.

According to a CBS news report,  a 2010  study of violence in Cleveland from 1999 to 2004,  “hotter temperatures correlated to higher amounts of aggressive crime, especially domestic violence and non-aggravated assaults – attacks involving no weapon and no serious injury.

“If you plot crime and temperature together you get a straight line up,” said Dr. Scott Sheridan, the Kent State University professor who co-wrote the Cleveland study. “Some of the reason is increase in aggressive behavior, but a lot of it has to do with more people interacting with each other when the weather is warmer.”

A takeaway from this disturbing study?  All the more reason to keep cool, both physically and emotionally, when the temperature soars to the uncomfortable level it has been at for the last couple of weeks.