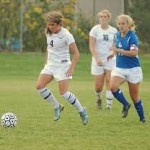 If you, your child or your loved one plays sports, concussion prevention is critically important.

It appears that a growing number of Michigan families and sports fans are all on the same page. Reportedly,  University of Michigan Athletic Director Dave Brandon lost his job (he resigned under pressure), not just because of the poor play of the Wolverines on the football field, but also because of the university’s mishandling of the clear on-field concussion of quarterback Shane Morris during a recent game.

Concussions are not just a football phenomenon. Ironically, girls are actually more susceptible to dangerous concussions than boys are, particularly in sports that involve both sexes.

For girls, the sports with the highest concussion rates are soccer, ice hockey, softball, lacrosse and basketball, as well as cheerleading. Of all of these, soccer has the highest number of American teen players and is therefore overrepresented in concussion statistics.