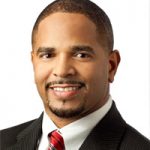 Attorney Devlin Scarber is an established litigator and highly regarded attorney at Turner and Turner specializing in several areas dealing with negligence and malpractice, including: No-Fault insurance; third party automobile negligence; truck accidents; hospital/nursing home negligence; medical malpractice; and general negligence cases. His proficiency in the courtroom and trial experience has led to many positive outcomes for our clients. In addition, his legal writing skills and oral arguments ability has made him a highly successful appellate attorney for our firm, wining a number of cases on appeal.

In large measure, because of Ms. Ross’s determination to seek redress through the courts, Devlin has devoted his career to ensuring that all people, especially the “little guy,” has the opportunity to seek equal access to justice. Throughout his career, Devlin has honed a reputation for being unafraid to vociferously fight for his clients’ rights in the courtroom, especially in some of the most difficult cases, and has earned him his litigation bone fides.

An avid musician, Devlin plays saxophone on Sundays for his church choir and praise team, and can also be found playing saxophone or “sitting-in” with jazz and R&B bands throughout the Detroit metropolitan area.

Devlin and his wife, Yvette, are longtime residents of the City of Southfield. The couple has two beautiful daughters.

Our Lawyers – Meet The Team

Our Lawyers – Meet The Team